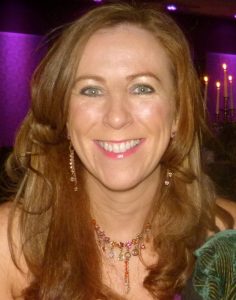 Carol Daly received her early music education with Cork ETB School of Music in her native Ballincollig, where she was a multi scholarship and prize winner as a young student and was leader of her local community orchestra and of the County Youth Orchestra. She continued her violin studies at Cork CIT School of Music achieving Diplomas in Violin Performance and String Teaching. An honours graduate of UCC where she read Music and English, she was appointed Head of Music at the newly opened Glanmire Community College in 1997 which saw her actively develop a popular, vibrant and positive music tradition in the college. From 2003 to 2009, Carol enjoyed a busy career as Deputy Principal of Cork ETB School of Music at a most exciting and dynamic stage in its’ development. Carol was the founding conductor of Cork ETB Youth Orchestra and brought them to the National Stage at the Festival of Youth Orchestras in 1998, 2003 and 2007. Still an active performing musician, she is in much demand as a violinist, participating in many chamber and orchestral ensembles throughout the country, featuring on CD recordings and television broadcasts. She also has a long association with the State Exams Commission as an examiner for the Leaving Certificate Practical Examinations and enjoys guest adjudication at student competitions throughout Ireland. In her current role as Principal of Cork ETB School of Music, which touches the lives of almost 3,000 children in the Cork area, she is at the cutting edge of many exciting initiatives,  passionately promoting inclusive music education and group music making and performances in particular as catalysts for nurturing positive emotional well-being in young people. Carol is on the Board of Directors of the Irish Association of Youth Orchestras and is the Artistic Director of the IAYO National Festival of Youth Orchestras.